Warning: Use of undefined constant REQUEST_URI - assumed 'REQUEST_URI' (this will throw an Error in a future version of PHP) in /home/customer/www/gayinphiladelphia.com/public_html/wp-content/themes/goodlife-wp/functions.php on line 73
 Open Wide - Gay in Philadelphia

Philly has long been on the map as a premier beer drinking destination. Home to the world renowned Monk’s Café and the country’s largest annual beer festival, the city has long excelled at importing an unparalleled variety of high quality beer from all over the world (despite PA’s arcane alcohol laws). But Philly also has many excellent breweries of its own.

Within the city limits, Yards is the largest. Its brewpub offers all of their staples as well as some small-batch selections. Additionally, they offer a quality food menu and a shuffleboard table. Philly Brewing Company in Fishtown sources ingredients from local farms and turns them into some yummy brews. St. Benjamin’s Brewery is a relatively new spot on the up-and-coming corridor of north 5th street. Similarly, Crime and Punishment that is in the midst of its own revitalization. If you’re feeling ambitious, hop on the commuter rail to Downingtown to suck down some famously hoppy suds at Victory. Or hop on expressway out to Sly Fox to attend the annual Bock Beer Festival and Goat Race each May. Proust! 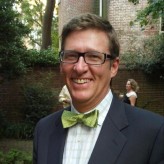 Drag Your Ass to South Philly